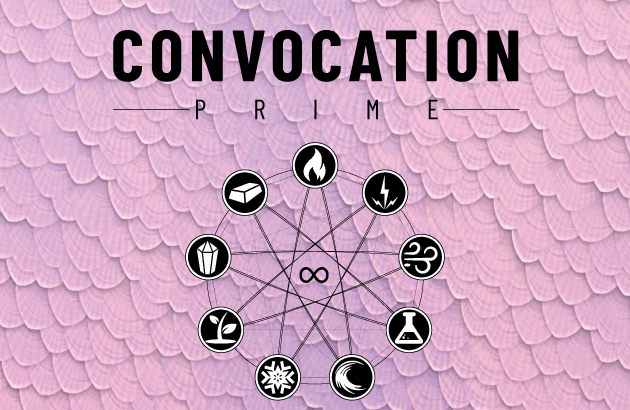 Following a robust body of “monster trainer” cartoons, games, and franchises (including the highest-grossing entertainment media franchise of all time), Convocation Prime is about relatively normal people (usually children) enslaving magical creatures and forcing them to fight each other, instead of solving their own problems for themselves.

Derived from C.W. Griffen’s Anima Prime, this tabletop role-playing game puts summoned mons (here called “eidola”) front-and-center, and aims to make creation of both eidola and their trainers fast. The mechanics are significantly less complicated than other monster-training games you might find on the internet, but still just a bit more crunchy than “rules-light”.

Like all DivNull Seeds, the game is not entirely finished, but as finished as I am likely to make it. Sources of the game (e.g. InDesign files, art, etc.) are available, and the game has been released under a Creative Commons license.

Posts related to this game can be found here, but the latest version is available on itch.