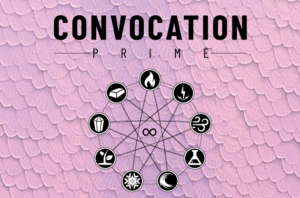 Back when Google+ was still the best place for tabletop roleplaying discussion, Christian Griffen posted a brief outline of an optional “1.5” version of his excellent game Anima Prime. Since a) the demise of G+ has taken this outline with it and b) Anima Prime is a Creative Commons game, I’ve taken the original text of the game, given it a new layout, and updated it with the 1.5 changes suggested by the author.

The results can be downloaded below, released under the same Creative Commons license as the original. Hopefully, this full version of the 1.5 rules works a bit better than comparing the summary of them from Prime Spiral with the 1.0 text of the game. The files are:

A number of years ago, I wrote up some notes on playing in the setting Exalted using the rules of Anima Prime. This snowballed into a long PDF for my gaming group called Exaltation Prime, which I have never released because it is filled with art and IP for which I do not have distribution rights. One of the things I love about Anima Prime, though, is that it uses a Creative Commons license, so I’ve wanted to share the changes and additions I made to build Exaltation Prime in a way that could be legitimately released under the same Creative Commons license.

The result will be Prime Spiral: Extensions and Hacks to Anima Prime. Each chapter will detail a way to hack the rules of Anima Prime, and explain why you may or may not want to do that. It is worth mentioning that, while I’ve been doing all this, Christian Griffen, Anima Prime‘s author, has been releasing his own changes, mostly meant to streamline the game, while the hacks in Prime Spiral mostly serve to make the game more complicated. You’ll need to season to taste.

At the request of Mr. Griffen, I posted a link to the in progress version of Prime Spiral to a G+ thread. I figured I might as well post it here as well:

Christian Griffen’s Anima Prime seems tailor made for hacking to tell stories in the Exalted setting. I’ve been playing with hacking the system to do so. The results are untested, but go by the unimaginative name of Exalted Prime on the unofficial wiki.

If you try them out, let me know how it goes.